3 quick reasons your work is a key to following Jesus 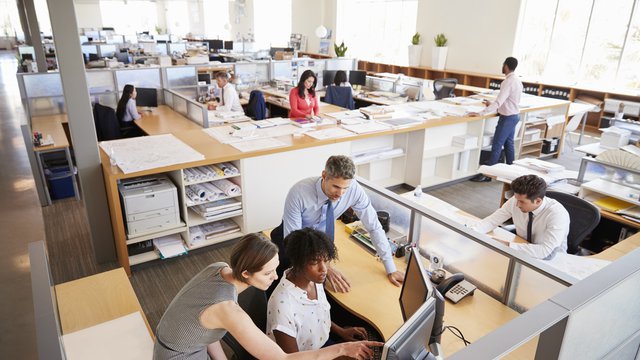 Dave works in Manhattan—the financial district, to be exact. He manages money for wealthy investors and often wonders (and worries) if his work is something that pleases God—adding pressure to a job that is already demanding, stressful and (at times) all-consuming.

It’s been about a year since Dave felt a nudge to explore the deeper waters of faith. His church has several mid-week studies he could join, but none of them work with his schedule. In fact, it’s rare that Dave could ever attend a study or small group of any kind unless it’s on the weekend.

Instead, he watches online sermons or listens to podcasts during the three hours he spends commuting into and out of the city from Atlantic Highlands, New Jersey. When he finally gets home around 8 p.m., he wearily sets his bag on the couch and spends as much time as he can with his young kids before they go to bed.

And, about those weekends…

He tries to cram all that missed family time into a day-and-a-half. Between day-trips, soccer games, dance recitals and family gatherings, just getting to worship on Sunday feels a bit like Sisyphus pushing the rock uphill.  And yet, once he settles into his seat, and the kids are in Sunday school, he feels like he can finally tune-in to God.

Dave is doing his best, but he feels like he’s failing as a follower of Jesus.

And, according to the way most churches have framed discipleship, he appears to be correct.

The problem with traditional discipleship programs

Discipleship is a hard thing for church leaders to measure. It’s incredibly subjective. The primary way it’s done is by tracking physical attendance at bible studies and small groups.

But what about the Daves who simply don’t have the bandwidth to show up? Are they disqualified as disciples?

Of course not. But, if discipleship is only framed as something that happens at church, then they will continue to feel like they’re failing. What is needed is a discipleship model that seeks to integrate faith and every part of life—like a pie. Following Jesus is not just one slice among many (e.g., work, family, friends, recreation). Rather, it’s the pursuit of Jesus in everyslice.

For Dave (and others like him), this primarily means a shift toward seeing his vocation as a key part of discipleship.

Here are three quick reminders for the Daves

There’s a fundamental misconception that human culture is antithetical to God’s purpose (indeed, there are some biblical examples of culture gone bad).  But, even though human culture is broken by sin (in some cases irreparably), it does not necessarily mean that God is, fundamentally, anti-culture.

The word culture comes from the same Latin root for cultivate. When Adam was placed in the Garden to cultivate it (work it, grow it and produce from it), that was before the Fall. Culture is part of our created purpose. After all, won’t we dwell in a holy city when the new creation occurs? Isn’t a city the epitome of cultural activity?

As Abraham Kuyper believed: the difference is that “prior to the Fall the processes and products of culture were directed toward glorifying God,”1 but after the Fall, these cultural products became self-glorifying and disordered. The key then is to discern how God is actively redeeming human cultural activity so we can partner with God in aligning it with its original created purpose.

Our work plays a key role in that alignment.

He also had a job: rabbi. Although scripture doesn’t explicitly affirm his knowledge of carpentry, tradition would suggest he also knew something of his father’s trade. (Is there a vocation more culture-building than carpentry?)

Why would Jesus engage in culture if it was antithetical to God’s purpose? He wouldn’t. Of course, he didn’t loveeverythingabout culture. But his work was all about aligning it with its original redemptive purpose.

3. God wants you to cultivate the garden

Think of your job as a garden. God has set your feet in this particular soil in order to cultivate it —to participate in its alignment. Your biggest act of daily discipleship may be going about your work with honesty, integrity and faithfulness.

Just like Esther, you may have come to your position “for such a time as this” (Esther 4:14). If you seek first the kingdom of God in your work, your work will become an act of discipleship.  You’ll find your garden blooming right before your eyes. That’s a good thing because only blooming gardens bear fruit.

“This is to my Father’s glory, that you bear much fruit, showing yourselves to be my disciples” (John 15:8).

Dave, you’re not failing. Keep cultivating your garden. And, keep bearing fruit like a disciple.